503-276-2148
503-274-1212
601 SW 2nd Avenue, Suite 2300
Portland, OR 97204
Email    vCard   View printable PDF
Rick Liebman, a founding partner at Barran Liebman LLP, has extensive experience representing employers in labor and employment law issues. He is former chair of the Tri-County Affirmative Action Association and the Oregon State Bar’s Labor Law Section. He is the management editor of the Oregon State Bar's book and supplements entitled Labor and Employment Law, for which he was presented with the Association for Continuing Legal Education’s Best Award of Outstanding Achievement in 2012. Rick has also served as an instructor in EEO law at Portland State University’s Professional Development Center. Rick has three notable “firsts” that truly speak to his professional accomplishments: he was selected by Best Lawyers as the first “Labor and Employment Lawyer of the Year in Portland” for 2010 (and was selected for that same honor again in 2012, 2014 and 2019), he was honored as the first “Management Practitioner of the Year” by the Oregon Industrial Relations Research Association in 2004, and he was the recipient of the Oregon State Bar Labor Section’s first “Distinguished Service” Award in 2003. Rick was also elected by his national colleagues as a national fellow of The College of Labor and Employment Lawyers for his sustained outstanding performance in the profession and is ranked in Band 1 (along with partners Paula Barran and Ed Harnden) for Labor and Employment Law defense in the State of Oregon by Chambers & Partners USA, America’s Leading Business Lawyers (ranking as a Senior Statesperson since 2015). He has been selected repeatedly by his peers for listing in the Best Lawyers in America, 1995-present. He has also been named as one of the top 50 lawyers in Oregon by Oregon Super Lawyers Magazine.

Rick received both his undergraduate and J.D. degrees from the University of California at Berkeley. He is admitted to practice in Oregon, Washington, Hawaii and the U.S. Court of Appeals, District of Columbia. 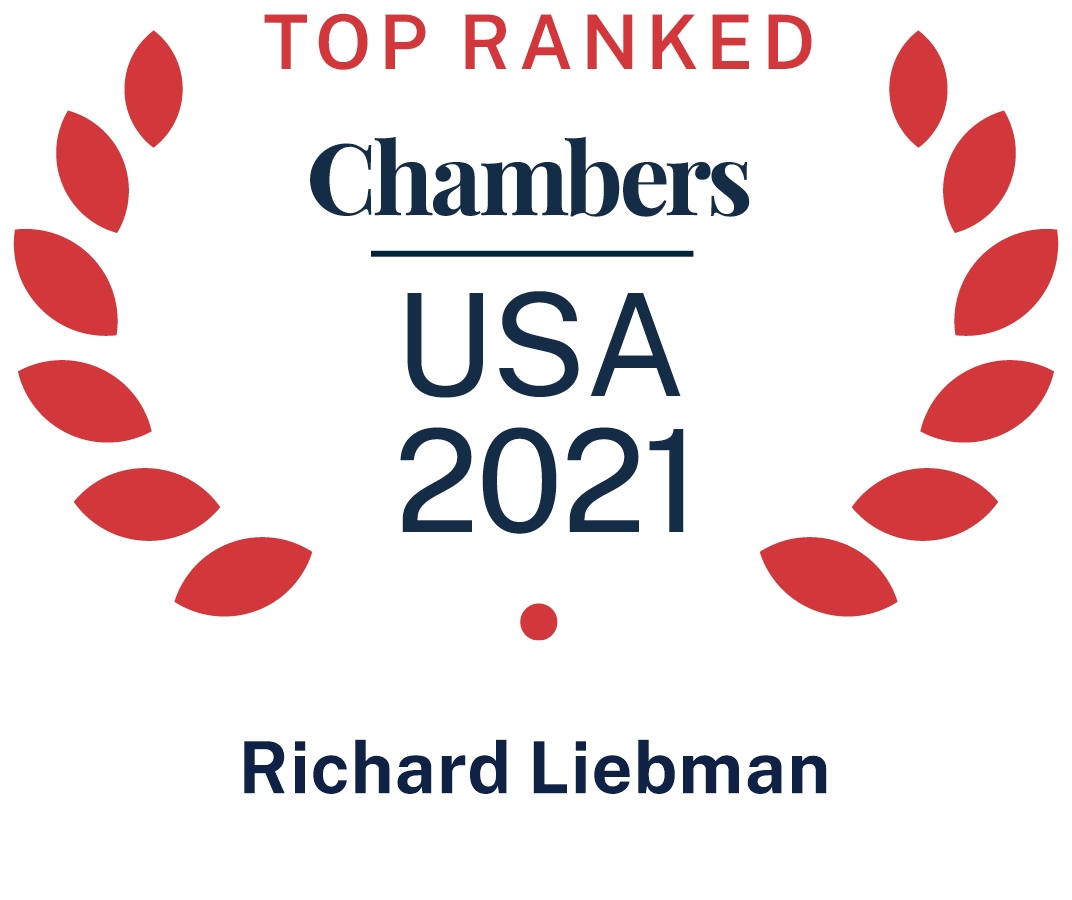 Richard Liebman is a senior practitioner who "would be top of anyone's list" for labor and employment matters.